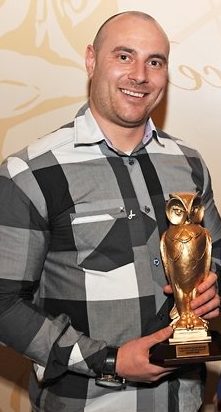 I was born to a mother who was living in a residential home just before I was born. Mum was 16 years old and not ready to be a mum but she wanted to love – and be loved – and went ahead with my birth.

By the time I was 7 years old, mum had four children and one on the way. Social Services got involved because some men that mum had in the house were up to lots of bad things.

Social Services decided that we were not safe and took three of us into care, leaving the two youngest with mum in a special mother and baby unit. We used to visit this place and we all hated it. We wanted to live with mum and none of us liked our carer.

We were then separated and that was very confusing. I went to one carer and my brother and sister went to another carer. I felt alone.

After two years, mum eventually fought and we were returned home. There were still lots of bad men that came in the house and their behaviour became normal to me.

I started misbehaving in school because I didn’t want to listen to adults unless they acted like the adults at home. I witnessed lots of violence and was often aggressive at school. The teachers tried to encourage me to stay true to my values but I was too frustrated to listen. School didn’t have the patience to deal with my behaviour so they excluded me.

I was then groomed by older men into a drugs underworld. I thought these adults were taking care of me but they were exploiting me to make money for them. I became addicted and was very depressed as the drugs took over my every thought. I was sent to prison aged 17 years old and none of the men came to see me. They would send death threats to me in prison in case I mentioned them to the police. This was a very lonely time as a young person in a prison with no one to look out for me. I would often cry to myself alone at night even though I would try to be strong in front of the other prisoners.

At times I felt like I had no hope. But music played a very big part in keeping me focused. I think music is great for difficult and good times. One of my favourite songs during my really difficult years was ‘Love Sets You Free’ by Kelly Price.

It may seem strange to hear, given how my life was, but I tried to focus on positive messages around me. I knew deep down that I was a good person. I recognised that I had overcome barriers that most people don’t have to face. This made me strong.

When I had a bad day, I stayed focused on where I wanted to be and didn’t fall into a trap of thinking my current situation defines me.

I now work for Leeds Youth Offending Service. I have a wonderful wife and daughter. My daughter will never witness a childhood like mine and that makes me incredibly proud of myself. My wife is very proud of me and I never thought anyone would be proud of me. No matter how dark life gets, with a little hope and commitment, we all deserve to care and be cared for.

The light is often closer than we can ever imagine. I didn’t see my life being the way it is and, many times in my childhood, I didn’t believe I deserved it. Now I believe we all deserve it. Especially children that face really tough times. You just have to believe it.

Your life, your feelings

When things are difficult

Have you read our real-life stories? About adults who got through tough times as children. Read on to see our real life stories…